Cole’s Concordance to the Holy Scriptures of the New and Old Testaments by Rev. George Coles, 1847, was recently donated by Deborah Schmidt. The small book was found among the possessions of Mable Attebery of Salisbury. Written on the inside cover is “Barton Philpott’s Book, June 16th, 1848”. On the third page “Bettie Philpott” is written and on the inside of the back cover, “Bettie West, Shannondale, MO 1878” is written. There was also a lock of hair inside the front cover. Bettie Philpott (later known as Bettie West) is the daughter-in-law of Barton Philpott. Barton Philpott married Martha Ellington in August 1823. They lived in Kentucky. Their son, Joseph Benjamin Philpott married his 15 year old cousin, Elizabeth “Bettie” Susan White, after the death of his first wife. Joseph and Elizbeth moved to Chariton County circa 1858. Their uncle Horatio Philpott had been in Chariton County for 20 years. Joseph joined the Confederate Army during the Civil War and was captured in Louisiana, Missouri and held prisoner in Maryland for the remainder of the war. In 1865, believing Joseph was dead, Elizabeth prepared to sell their farm and belongings. Before she did so, Joseph was released and reunited with his family. Joseph died in Chariton County in 1870 and Elizabeth remarried John William West in 1877. All three are buried in Shannondale. 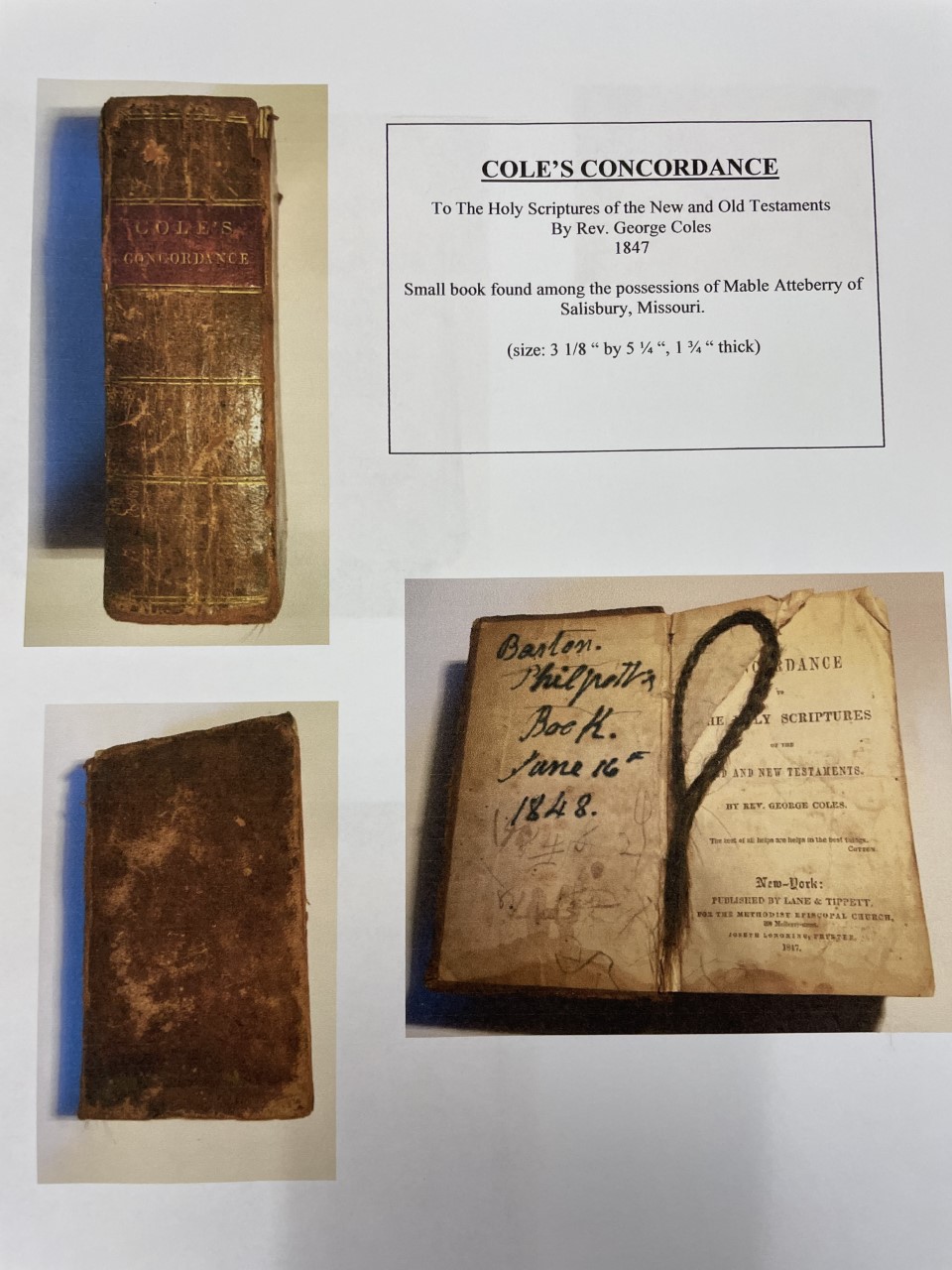 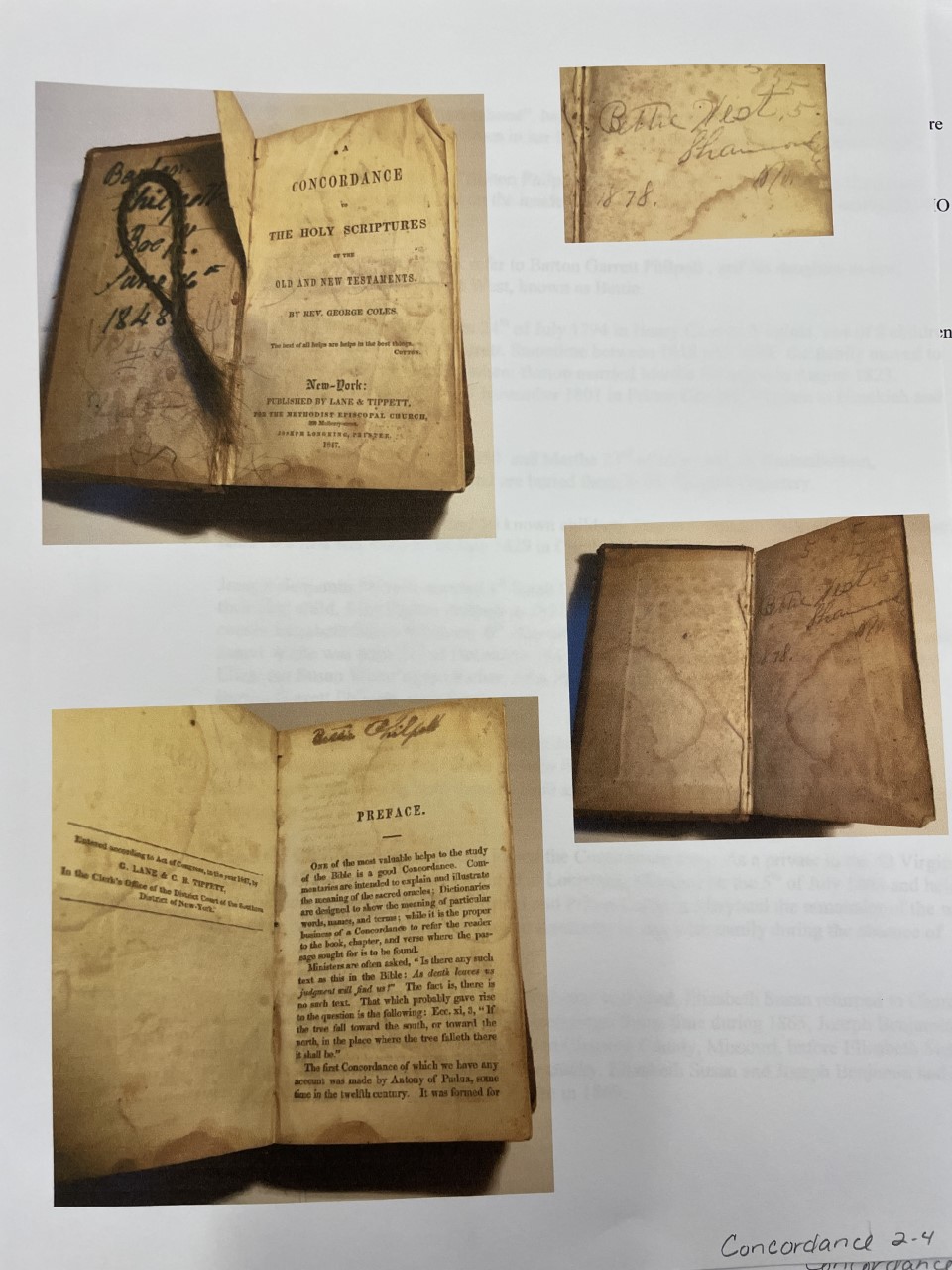