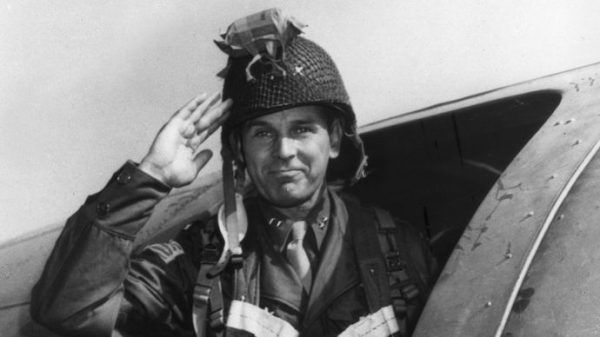 By The Editors of Encyclopaedia Britannica
Last Updated: Apr 15, 2022
This article was most recently revised and updated by Michael Ray.

A 1922 graduate of the United States Military Academy at West Point, New York, Taylor went on to study at the Command and General Staff School, Fort Leavenworth, Kansas, and at the Army War College in Washington, D.C. Taylor assisted in the organization of the U.S. Army’s first airborne division, the 82nd, early in World War II and was its artillery commander during the Sicilian and Italian campaigns. At great personal risk, he passed through enemy lines 24 hours before the Allied invasion of Italy (1943) to confer with Italian leaders about the possibility of conducting an airborne assault on Rome. In March 1944, just prior to the Normandy Invasion, he took command of the 101st Airborne Division. He joined its parachute assault before dawn on D-Day (June 6, 1944) and led the division in the disastrous Arnhem operation in the Netherlands (September 1944). Taylor’s division gained wide fame for its defense of Bastogne during the Battle of the Bulge late in 1944.

After the war Taylor was superintendent of West Point (1945–49). As commanding general of the Eighth Army in 1953, Taylor directed United Nations forces in Korea during the closing phases of the Korean War. He then served as army chief of staff (1955–59), in which post he was an early advocate of the strategic doctrine of “flexible response,” which emphasized the maintenance of conventional infantry forces as a prudent wartime alternative to the all-out use of nuclear weapons. He was appointed chairman of the Joint Chiefs of Staff in 1962 by Pres. John F. Kennedy, to whom he was a trusted adviser. Two years later he became U.S. ambassador to South Vietnam, which at that time was being given increasing military support by the United States. He resigned that post in July 1965 but served as a special consultant (1965–69) to Pres. Lyndon B. Johnson. Taylor published two volumes on national security: The Uncertain Trumpet (1960) and Precarious Security (1976).