The Chariton County Historical Society will hold its next quarterly program on Sunday, October 16 at 2:00pm at the museum (115 East Second Street, Salisbury).  Sandy Naylor and friends will present on the pecan industry in Chariton County. Sandy’s father, George James, grew up in Brunswick and later married Elizabeth Miles of Keytesville. On their honeymoon, George announced to Elizabeth that he had purchased a 200 acre farm in the Brunswick bottoms and they were now the proud owners of 800 pecan trees. Through several floods, they realized pecans were their saving grace. George and Elizabeth proved very successful in the pecan industry, eventually securing four United States patents and multiple pecans named after them, one of which is crossed with another pecan variety and the most produced nut in the northern region. James Pecan Farms was one of the farthest northern farms commercially growing pecans. The “World’s Largest Pecan” originated at James Pecan Farm and now sits in downtown Brunswick.  Join us to learn more about the James family and how they shaped Brunswick into the “Pecan Capital of Missouri.”  The program will also be live streamed on our facebook page:  https://www.facebook.com/charitoncountymuseum. 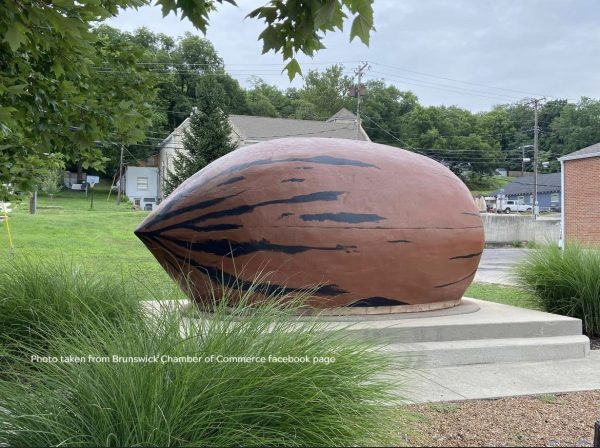